wending our way back to the future

we left off in july with our last entry. we had just passed through a jumble of soft-focus montage, blessedly without the usual upbeat, generic techno music accompanying it. you’re welcome.

before i go on, i need to point out something if it’s not already obvious: because of my chronic illness, i am in that high-risk group of humans who are incredibly vulnerable to covid19. my immune system would get a one-star review on yelp:

you get the idea.

suffice it to say my skypeeps take extra caution living with me, for which i am eternally grateful. and because of that, and without a shred of conceit, i can proclaim with confidence that we have become experts at being IN. shut in. home lurkers. space squatters. sadly, of our very own space… not the “no one can hear you scream” in space. but i digress. we’re good at being here. although it’s not by choice, it is, as i have heard somewhere of late, what it is.

the movie the quiet place came quickly to mind when the covid19 horror hit us. a world terrorized by creatures who can only hear you. but boy howdy can they hear. people relegated to learning sign language and walking barefoot so they could move as quietly as possible. learning to cook without noise, children not allowed to laugh. ‘cause if that monster heard you, he and his posse would be there in a jiffy to eat you. all of you. and your little dog, too. a crazy, mixed-up dystopia.

our world now: not so very different. this disease can’t hear you, but it can cling to you and crawl up your shirt and get on your face and you’ll breathe it in and you won’t even know it. until it’s too late. somehow the invisibleness of this monstrosity is what makes it scarier. you can’t fight a thing you can’t see. and avoiding it is imperative.

so, we became INners. shut-inners. and we got good at it. all bragging aside: we totally nailed it.

all that IN-ing. so much IN-ing. well, you know, everyone gets tired of too much of anything.

so, it was with great joy—and trepidation—that a sprinkling of luck conspired to bring some newfound VARIETY to our lives…

here are some visual examples of our lovely luck… 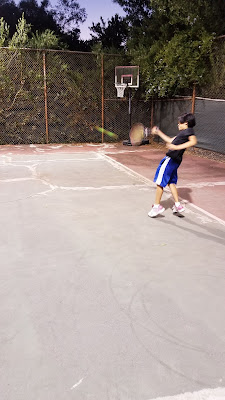 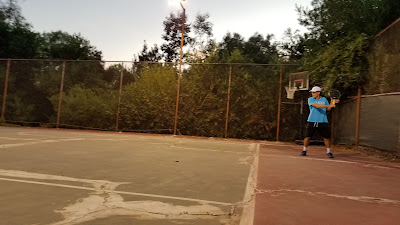 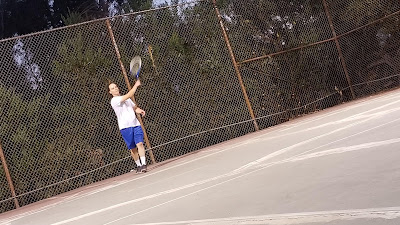 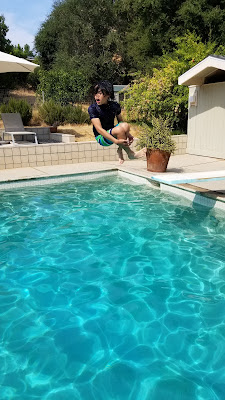 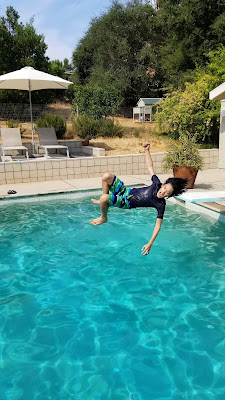 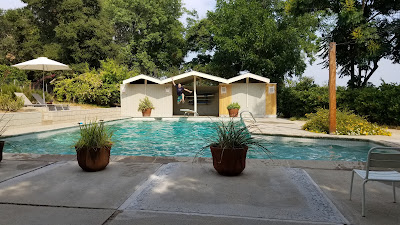 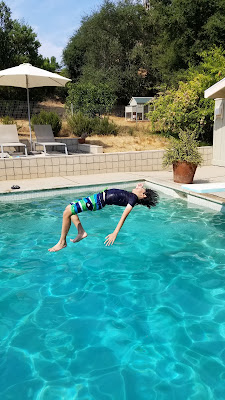 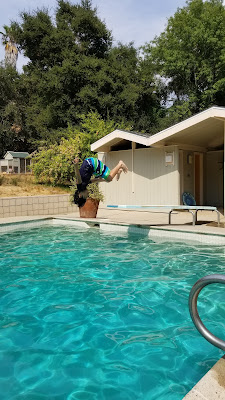 an OUT-ing we will go
one other outstanding event took place this summer: the boys embarked upon a camping trip. it was so good for everyone (especially the 10-year-old) to get away from the usual IN-ing of our lives.

four days, three nights, two tents, and only one trip to the car mechanic on the way found them in cuyamaca state park near a swimming hole and waterfall. they hiked and swam and cooked out and explored—generally trying to stay cool in the ninety-degree weather. they returned home tired, dirty, and happy. mission accomplished. 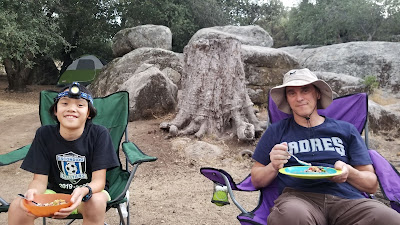 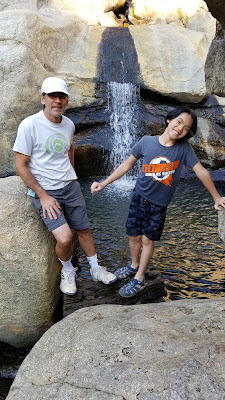 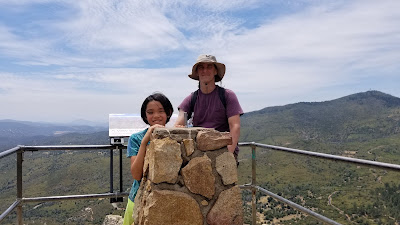 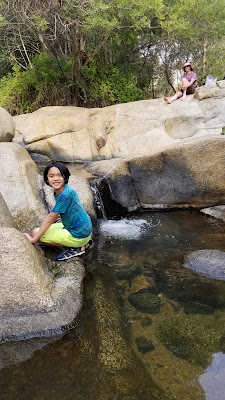 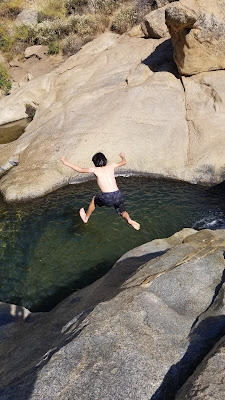 where's beth?
one of the suggestions i received after my last blog posting was that i should include more photographs of myself. my first reaction was: what? why would anyone want to see more photos of me?

my second reaction was to think that, although i hadn’t included many photos of myself, it was only because of the subject matter. (i don’t play pickleball, it wasn't MY birthday, i’m not a cute 10-year-old.)

then, even more excuses fumbled their way around my cortex as to why there weren’t more pix of me up there, including but not limited to the notion that since i take most of the photos, how can i be in them? but, well… i will admit that i don’t go out of my way to include myself in as many photos as i could… for a reason. and i bet you can guess why.

recently i read about a woman who said that she’s become more depressed at having to see herself every day in zoom calls for work. the notion that a lot of us don’t spend much time in front of mirrors, or taking selfies, is real. but when we are suddenly face-to-face with our aged image—the image of someone no longer dressing for the day and instead “letting oneself go”… well, it affects us psychologically. especially with the relentless barrage of young, beautiful faces ubiquitously strewn about.

i have the same insecurities. i could demur and say that it’s mostly from what the chronic illness and medication have done to me, but honestly, i am still possessed of some vanity. sue me.

like most of us, i keep a mental photograph in my head of what i think i still look like. and when that doesn’t match up with my morning appointment in front of the aptly named vanity mirror (or video call)… well, i struggle. not a lot. it’s not THAT bad. but the true anxiety manifests itself more fully when confronting a concrete representation signed, sealed, and delivered for posterity in a photograph.

in the last few months, i finally lost the remaining prednisone weight but still managed, amazingly enough, to gain those portentous pandemic pounds much prophesied in the press. these are real things that medication and age have done to me, but no matter what, this is my body and i need to love it first. acceptance is crucial. to teach my son self-acceptance, i must cast the first stone. er… no, wait, i think that’s the wrong metaphor. well, anyway… i am finding my peace with it a little more each day, and it does help TREMENDOUSLY that my partner is someone who sees this: 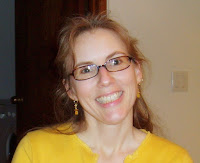 when the current version is probably more like this: 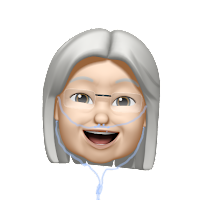 i did marry someone with partial face blindness (yes, that’s a real thing), and i think that was excellent planning ahead on my part.

i am wending my way—ever so slowly—back to acceptance of the future me. i let my son take more photos of me, and i will post more, too. i promise.

in honor of that promise… i present the following…

one blissful day very recently in skypalace, when my sublimely supportive spouse brought me my morning tea in bed, he also brought one other thing. you see, the night before i had found ALL the words in the previous day’s spelling bee and reached the coveted “queen bee” status. as a sweet surprise, he brought a crown for me to wear to breakfast that morning. ta-da! 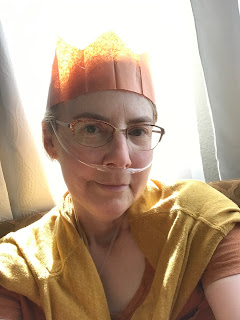 it's good to be queen (bee) for a day

game page updates
if you have a moment, we invite you to peruse the many updates to our game page. DaYummyBurger, being the best of us at expressing himself visually, created the remaining three skypeeps avatars. plus, we’ve added the first drafts of our strengths, weaknesses, and abilities/superpowers. additionally, DaYummyBurger has written up a strategy for swarming in one of his favorite video games. check it out!


on the horizon
look for these entries in the coming days (in no particular order):


thanks for stopping by.

stay safe out there, peoples! 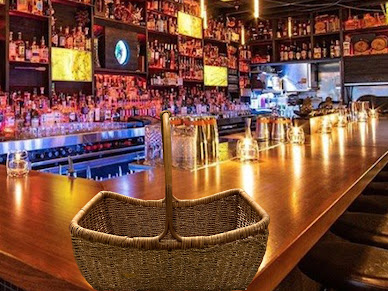